In a world where simplifying tasks and seeking efficiency is ideal, there is no better time than now to invest in a robot vacuum. Perhaps, you might not be fully acquainted with the idea of using a robotic device to do your cleaning and might hesitate to make the purchase. The reason for hesitance might be that you are not sure whether a robotic device can clean the same way humans can. It could also be that you do not believe it will function for a long time and the chaos of a household might disrupt its performance. You will be delighted to know that current technologies have progressed far beyond these issues. In this article, we shall take a look at two products in particular, however, before we begin it is important to emphasize the importance of automated technology.

The importance of automated technologies at homes

As the world moves forward with technology, it is important to understand its functionality and utility. One of the more nascent developments of the 21st century is automation. From industries to households, its impact has been felt everywhere. Automation at home is a new concept, robot vacuums have been around for only a decade or so.

Brands such as Kyvol and Roomba have built machines that can ease the burden of your household work. Cleaning is a major aspect of homemaking and with the emergence of robotic vacuums, the world is on a path to freedom from domestic chores. One such device that makes this possible is the robot vacuum. These machines are programmed to clean every inch of a house and achieve this without any inputs from a human being. They have been programmed to adjust to any chaos and keep the house spick and span. In the following sections, we shall discuss two brands, Kyvol and Roomba, and also look at two models and pit them head-to-head to see which machine is the better one.

Despite entering the market relatively recently, Kyvol has established itself as one of the industry leaders. Kyvol has been making home appliances for the last three years with a precision that makes their products beloved by consumers. Their vision is simple, to introduce innovation in the domestic world and to help people lead healthy lifestyles. Among their catalog of products, their robot vacuum is perhaps among the very best.

Kyvol’s products are designed to free you of household chores and help you focus on what’s important. Apart from being loaded to the brim with technological advancements, Kyvol’s products come at an affordable price point, making them accessible to virtually anyone in the world.

Roomba is a name that is synonymous with robot vacuums. However, Roomba is simply the name of the product and not of the company. The company is iRobot. They have been around for the longest time and have made some truly remarkable products during this time period. They were the first company to introduce a robot vacuum and have since made products that are among the best in the industry.

iRobot builds products with a particular philosophy, to help people do less and machines do more. Their Roomba range of vacuums is designed to thoroughly clean up a household from the inside to the outside. Being pioneers in mapping and navigation, and human-robot interaction; iRobot’s products have been helping homemakers for years. However, their machines fall on the more expensive side and consumers have a wider array of choices from other brands.

Nonetheless, their products are still some of the finest, which is why we pit the Roomba against the E31, two of the finest offerings from two giants in the home improvement industry.

The Cybovac E31 is a two-in-one sweeping and mopping robot. It has a host of features that make it a multipurpose cleaning tool and one that can be left to run without human interference. The iRobot Roomba is a machine that was designed to leave every single spot in your house neater than it was before. Revolutionary vSLAM navigation technology is at the helm of the Roomba and it can learn every inch of your house, without human input. Let us look at the most important pro and cons of the device, its price.

The robot vacuum comes at the affordable sub-300$ price bracket. Unlike many of its competitors in the home appliance industry, Kyvol severely undercuts its price. Despite the budget factor of the E31, it is still one of the most comprehensive machines around.

The Roomba or Roombas are a range of machines from iRobot, which features some of the most advanced technologies in mapping and cleaning. These features, however, come at a cost. iRobot’s range of robot vacuums is some of the most expensive in the world. Devices start at 400$ and go upwards. While there is no doubt you get your money’s worth, for some of us who do not have the cash to splash, looking elsewhere might be a great idea.

Now let us take a look at some of the features of both devices and see where they stand.

While the iRobot Roombas are great devices, their expensive price tag and their lack of robust features make them somewhat unappealing. Kyvol’s range of products is more on the affordable side of things. There are many offerings, however, we shall discuss three robot vacuums, in particular, the E31, E30, and E20. In this section, the comparison is between the E31 and E30

The two-in-one robot vacuum, the E31 is one powerful machine. It comes with a suction power of 2200 Pa, which far exceeds any vacuum in this price range and also beats virtually every other cleaner out there. It also comes with a 600ml dust box and a 300ml tank for water. The latter is a feature that is exclusive to the E31 and is built for the mopping feature. It also comes with an efficient gyroscopic navigation system that helps it map the layout of the house and follow a zig-zag pattern for improved cleaning. It also has a huge 3200 mAh battery, which powers the machine for more than two and a half hours on a single charge!

The younger brother of the E31 of some sorts, the E30 comes with a lot of features that are similar to the E31. It has the same gyroscopic navigation system, which makes it more efficient. It also comes with the same suction rating of 220 Pa. The battery life is similar as it can also run for two and a half hours, uninterrupted. There is an automatic voice detection feature, which makes it easy to command. There is, however, a lack of a mopping feature, meaning that it is only designed to sweep. It also comes for nearly 50$ lesser, making it an incredible bargain.

The E30 has almost all the features that the E31 does, apart from the mopping function. If the mopping feature is important to you, the E31 is the obvious choice. If you can live without the mop and want to save 50$, the E30 is the perfect machine for your household.

The entry-level model from Kyvol, the E20 is designed for people and households who want to taste the power of automation technology. Priced at a very affordable 200$, this model comes loaded with features. It has a very powerful suction, rated at 2000 Pa. It also features a 3200 mAh battery that keeps the lights on for two and a half hours, on a single charge. You can also integrate voice assistants for better control and it has three cleaning modes that you can choose at your convenience.

The former is the best budget model in the robot vacuum industry and it provides a feature set that can rival that of products that are nearly double in price point. The E20 on the other hand is the perfect machine for those that want to see what a robot vacuum can do. The E20 comes at the cheapest price point and is a good starter robot vacuum.

From the aforementioned comparisons, we can conclude that the Kyvol E31 is one of the most holistic robot vacuums on the market. It outshines almost every machine in the same price range and even outdoes some of its more expensive rivals. The sheer versatility and extensive feature set make the E31 the most recommendable robot vacuum on the market. 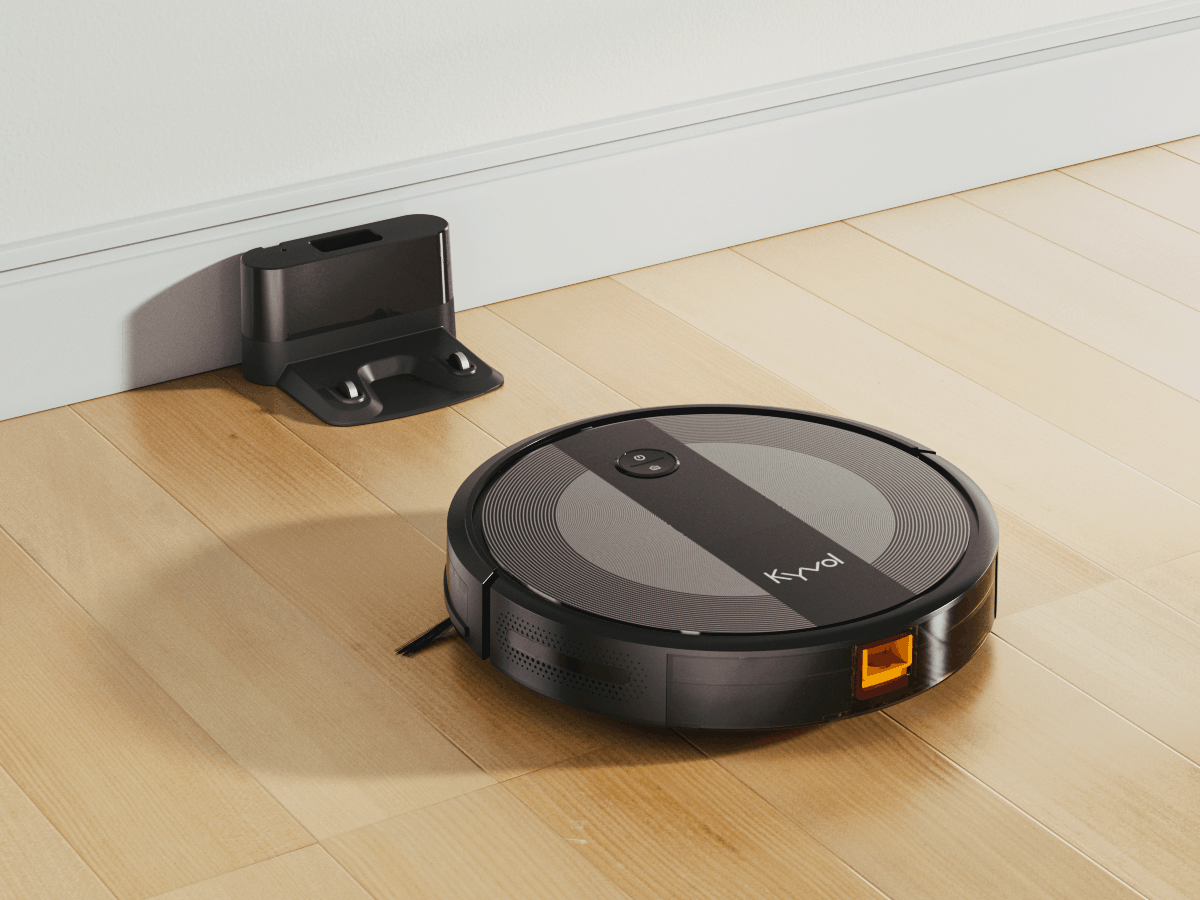 How to Successfully Connect Your Robot Vacuum Cleaners to Wi-Fi? 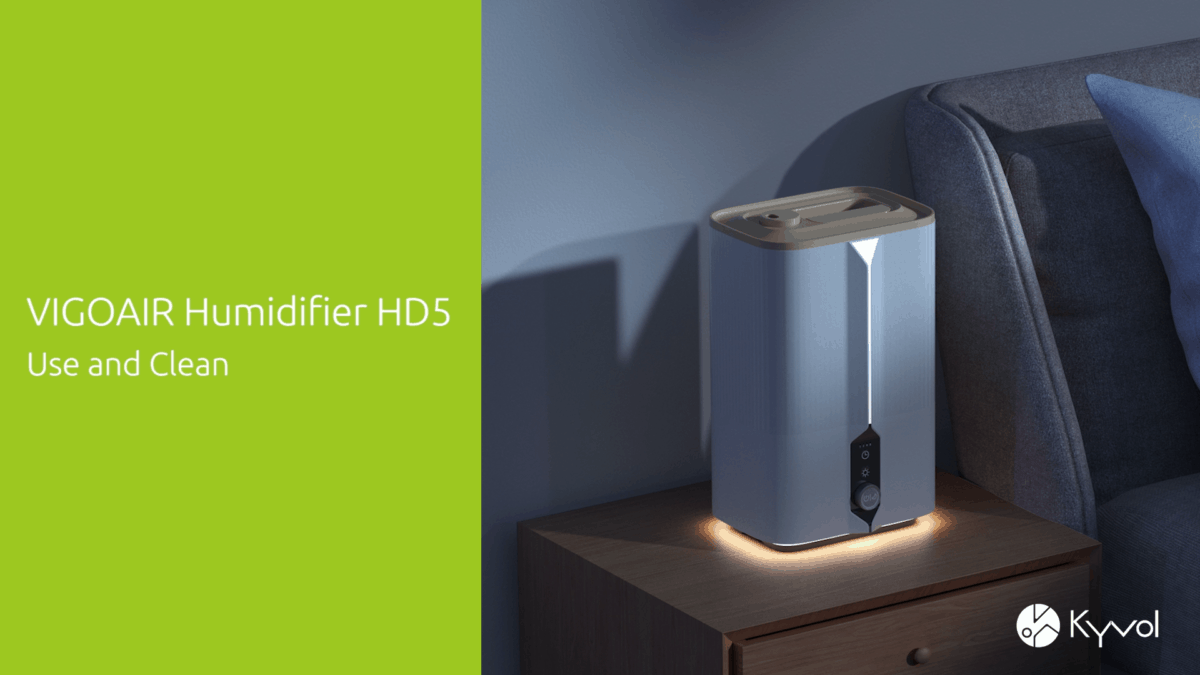 VIGOAIR humidifier HD5 Use and Clean 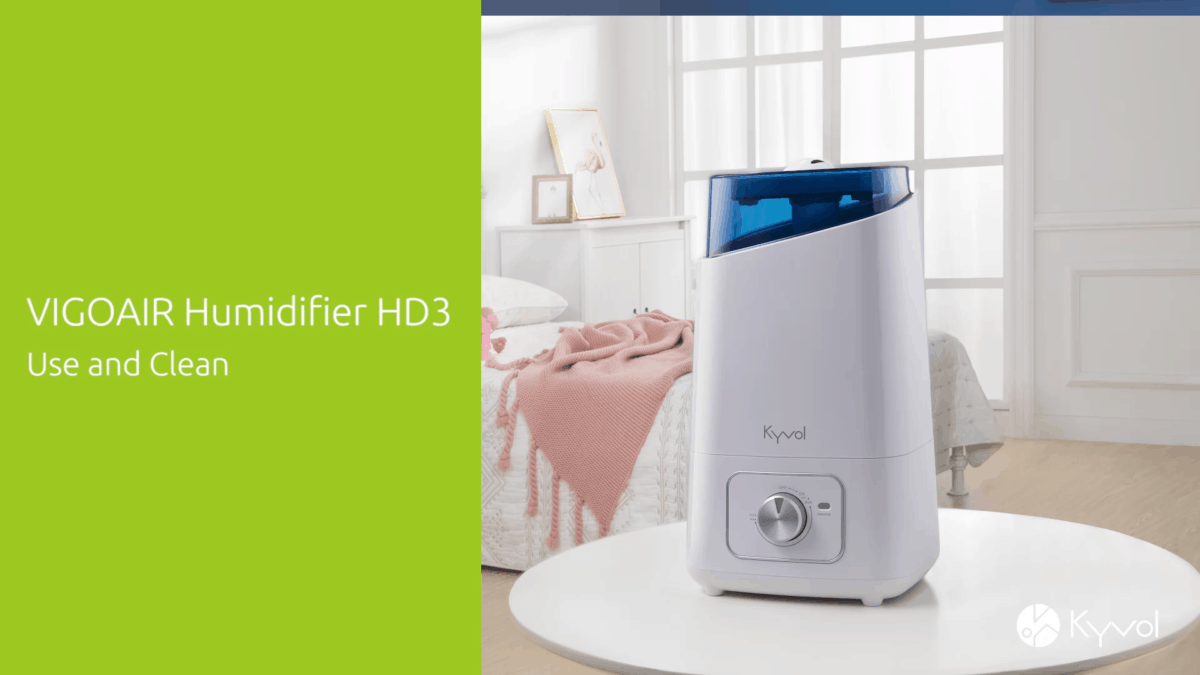 VIGOAIR Humidifier HD3 Use and Clean 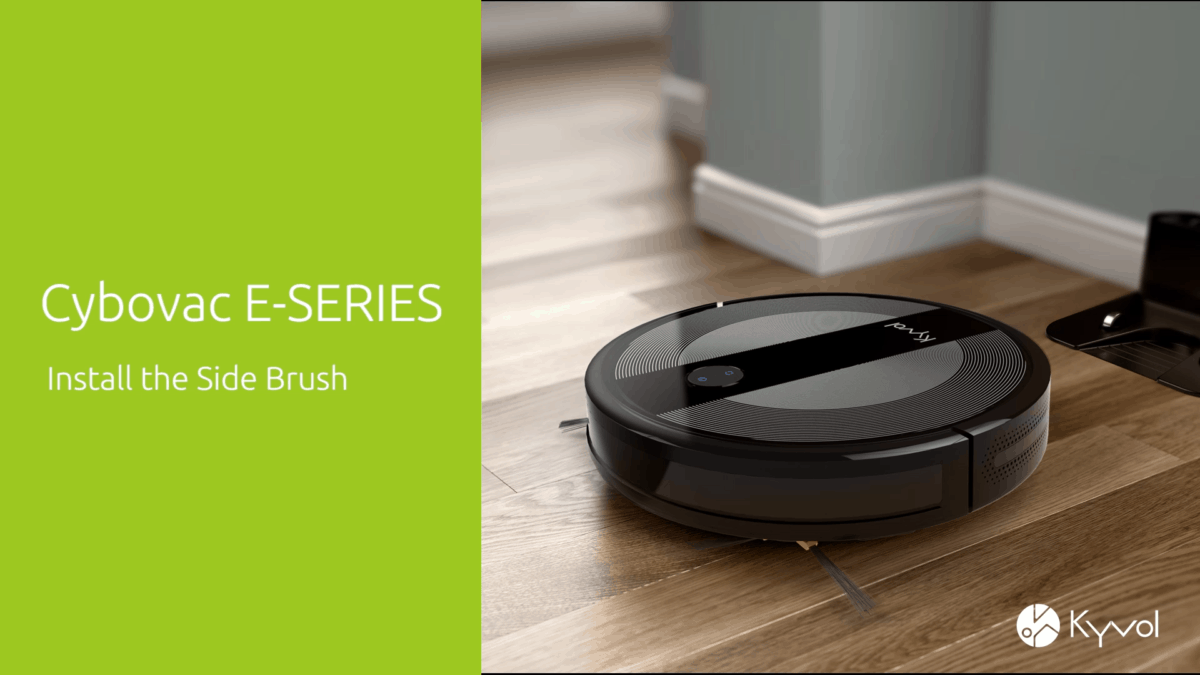 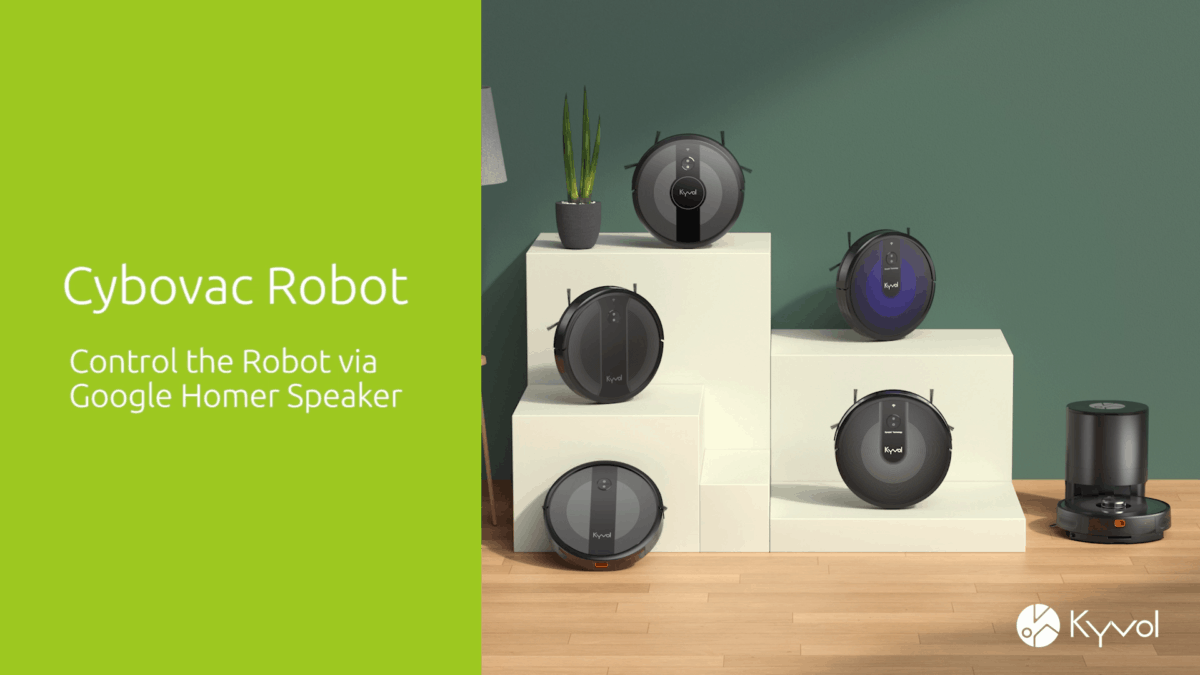